Opening Night Film: This Changes Everything

Told first-hand by some of Hollywood’s leading voices (Geena Davis, Meryl Streep, Natalie Portman, Reese Witherspoon, Sandra Oh, Rosario Dawson, Shonda Rhimes, and many more) in front of and behind the camera, THIS CHANGES EVERYTHING takes an incisive look into the history, empirical evidence, and systemic forces that foster gender discrimination and thus reinforce disparity in our culture. Most importantly, the film seeks pathways and solutions from within and outside the industry, and around the world.

The film will be followed by a Q&A with Executive Producer, Simone Pero who is also the President of the Board of the NY Women Film & Television. Simone is Emmy nominated for HBO’s The Tale and an Indie Spirit Award nominee.

Opening Night Reception will be after the film starting at 9:30PM at: 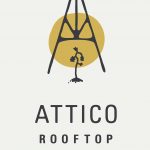 Thank you, atticorooftop.com, for being our Opening Night Reception Sponsor!

Special thanks to Greater Philadelphia Film Office, The Kimmel Center for the Performing Arts .

We will also be screening

Peaches Bracco (Cheri Oteri) is a loving, loud-mouthed housewife who is excited to have her husband home for his first Thanksgiving after a 10-year stint in the slammer. Little does Dino know, he won’t have much to give thanks for in this holiday comedy, “Turkey’s Done.”

Cheri Oteri (formerly on SNL), Monique Impagliazzo, and Jennifer Tini will be present for Q&A.

Back by popular demand, Denise Nakano from NBC10 News
will be our Host of Honor

Denise Nakano is an anchor and reporter for NBC10 News. You can watch her anchor weekends at 6 PM and 11 PM, and report throughout the week.

Denise is passionate about reporting stories that promote change and raise awareness about issues affecting the community.

“I always tell people that I have the best job in the world because I get to meet new people and learn something new every day,” she said.

The most memorable story that Denise has covered at NBC10 was a cold case murder in Richboro, Bucks County. Her reporting helped to resolve the decade old cold case murder.

Prior to working at NBC10, Denise graduated from the University of the Pacific with a Bachelor’s degree in Communications and a minor in Political Science. While she was still in college, she worked behind the scenes as an assignment desk assistant at KXTV in Sacramento, California.  She began her on-air career in Chico, California, at KHSL where she worked as an anchor, reporter and producer. She later headed east to Syracuse, New York, where she worked as an anchor and reporter at WTVH. She also worked as a reporter and anchor at KCPQ in Seattle, Washington.

Denise has been recognized with a national Edward R. Murrow Award for Documentary and with six national and regional Emmy Awards for breaking news and coverage of the local heroin epidemic. She has also been honored with a city proclamation recognizing her reporting on the heroin crisis in Philadelphia.

An active member of the community, Denise served as a national board representative of the Asian American Journalists Association. She currently serves on the Board of Smith Memorial Playground and Playhouse. She is extremely passionate about raising awareness about one of the world’s deadliest cancers, lung cancer, from which her mother passed away.

When she is not on the air, Denise enjoys many creative outlets especially art projects. She is always up for an adventure and has even dived in tropical waters as a certified scuba diver.